Home / About / Board Directory

The Board of Directors and Officers of Women’s Network of York are appointed to serve from May thru April each year. These women plan and facilitate the meetings, organize special events and work on projects that benefit all WNY members.

Have a question for a specific Board Member? Email womensnetworkofyork@gmail.com and the appropriate Board representative will respond. 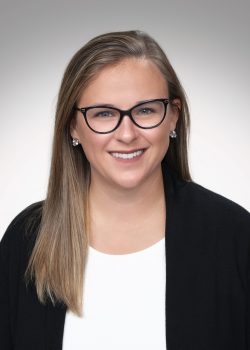 Aysa Urich was born and raised in York, PA where she attended West York Area School district. She furthered her education at Indiana University of PA, where she earned her degree in Journalism and Public Relations. She has been a member of Women’s Network of York since March of 2017.

Aysa began her Marketing career with the York Revolution. She started as an intern and quickly became the Marketing Manager after showing her commitment to the long hours, days and weeks.  She met her husband, Mike, at the York Revolution where he was the Head  Groundskeeper.  Once they decided to have a family, Aysa left baseball and found a career in the medical field.  Aysa is now a Communication Specialist at UPMC.

Aysa resides in Dover with her husband, Mike, their two kids and dog!  They all enjoy spending time outside, swimming, going on walks and being together as a family. 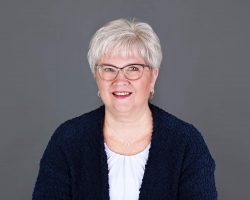 Deb has been a member of Women’s Network of York since 2015. This group of professional women are ready and willing to help each other with their services. She has experienced this in her business and personal life. She feels it is an honor to serve on the board.  Deb has spent the last 29 years as a Director with Pampered Chef.

After graduating from Northeastern High School, Deb was a Corporate Secretary with McCrory Stores until the arrival of her first son. Staying home with her children was very important and is why she started her own business as a Director for Pampered Chef.  Deb has 3 children, Justin 39, Travis 37, and Mandy 34.  She is also blessed with 6 grandchildren ranging in age from 4 to 14 years old. Spending time with her family is a must.  She enjoys sharing the products, tips and recipes Pampered Chef has to offer.  Deb is very passionate about her business and helping others. 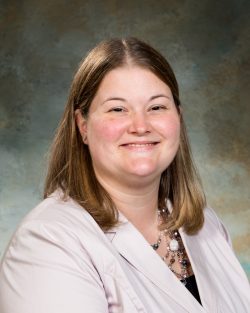 Lori A. Detter was born and raised in York, PA. She has been a member of the Women’s Network of York since September 2011 and has served on the board as Program Director, Vice President, President, and now Treasurer. Lori loves the connections that she has made with other local women during her tenure with WNY.

Lori works for PeoplesBank as their Merchant & Card Services Manager. She began working in the Banking field after graduating from York Suburban High School. She started as a Teller with York Federal Savings and Loan. She has since graduated from Millersville University and has worked as a Customer Service Associate, Branch Manager and Business Banker during her 22 year Banking Career. Lori is passionate about helping business owners with their financial needs and achieving their future dreams. Lori lives with her husband (Justin), 8 year old daughter (Natalie), and 6 year old son (Jayden), in Red Lion. They enjoy spending time with their family, friends and especially their 3 year old rescued French Bulldog, Lola. The Detters are big Pittsburgh Steelers & University of Michigan fans. Lori is an active member of St. Joseph Catholic Church in York and loves to read books. 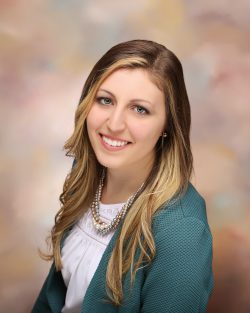 Kelsey Hartman was a prior member of WNY back in 2016-2017 when working for First Capital Federal Credit Union and also previously served on the WNY board.  Kelsey recently re-joined WNY in 2021.

Over the years, Kelsey has worked in various administrative roles, mainly in the finance and education industries.  She now has her own virtual assistance business, Saving You Time Virtual Services, specializing in HR, creative and admin services.  Kelsey started her business so that she could stay home with her son who was born in the fall of 2020.
Kelsey, her husband Joey, and son Jackson reside in York.  Her priority in life is people, and the relationships she forms with those around her.  Kelsey also enjoys crafting/repurposing old items, trying new recipes, and taking trips to the beach. 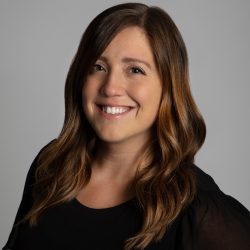 Since joining the Women’s Network of York in 2018, Abby has loved the personal and professional relationships she has built with the business women of the group. Now, as the Membership Director, Abby is honored to serve amongst such supportive women. Abby is an established Realtor with Keller Williams Realty in York and surrounding areas.

Born and raised in York County, Abby loves working in the community she was raised in with families in all stages of life. Abby began her professional career as a teacher, but has successfully transitioned her skill set to helping countless families buy and sell their homes in South Central Pennsylvania. Outside of Realty, Abby is a proud wife to a local police officer and  mom to their toddler son. 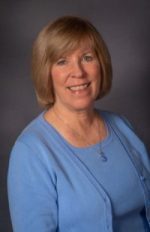 Helen Hoover was born and raised in Manchester, in York County, PA where she graduated from Northeastern High School. She graduated from Moravian College with a BA, majoring in music. She has been a member of Women’s Network of York since 2015.

Helen has spent her career in a mix between administrative work and sales, having worked at Eastern Ski Tours, 3M, Beech Mountain Resort, Kraft General Foods, Ski Roundtop/Ski Liberty, and Pitney Bowes. Taking an early retirement after 13 years with Pitney Bowes, Helen worked as a part-time sales rep for Natural Awakenings magazine. She now works representing Melaleuca – The Wellness Company, offering products for household and personal care that are safe and healthy.

Helen resides near Wellsville, in northern York County, with her husband. They have a small Christmas tree farm, and enjoy gardening, skiing and music. 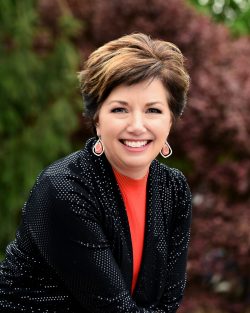 Theresa was born and raised in York, PA. She has been a member of Women’s Network of York for over 10 years.  Theresa has served on the board in various positions..

Theresa is a Senior Sales Director with Mary Kay Cosmetics. Theresa has been with Mary Kay for over 20 years.  Prior to Mary Kay, Theresa was a Pharmaceutical Sales Rep and Stay at Home Mom.  Theresa graduated from York Catholic High School and Bloomsburg University.

Theresa is married to Mike and they have two adult children, Peter and Brooke. They enjoy spending time with their family and friends. Their favorite vacation destination is Myrtle Beach.  They enjoy watching sports as a family, especially the Buffalo Bills and Boston Red Sox!